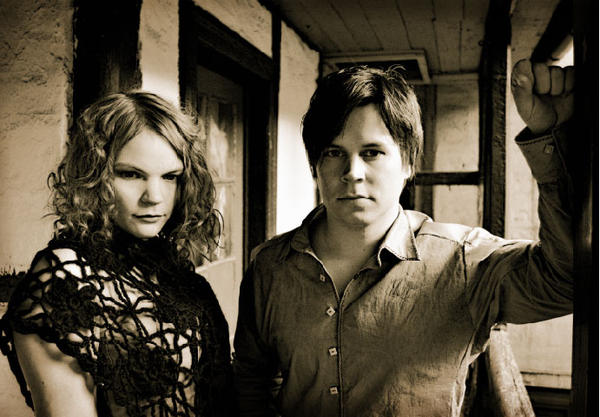 Next fall the Sami band Adjágas releases its third albmum. The first tidbits will be relased at the Sami Church Days Saturday night 10 August!

In 2005 the break trough of the Sami band Adjágas was a tremendous  success. Their unique mix of traditional Sami yoik, indie and folk brought the band to big stages in Sápmi and abroad. Since then they in many peoples’ mind has been the biggest band in Sápmi.

The documentary Firekeepers, which follows the two lead yoikers/singers Lawra Somby and Sara Marielle Gaup Beaska, will be shown as a night film after the concert. In addition to the yoik, the film gives a powerful insight into the vulnerable language situation among the South Sami, which is a language with less that 1000 speakers.

The Sami Church Council has previously collaborated with Adjágas. Sara Marielle attended parts of the Tar Sands tour with the aboriginal leader Francois Paulette in May last year, and Adjágas was the main artist at the solidarity concert for indigenous peoples and Mother Earth in Stavanger cathedral the day before the AGM of Statoil. – One of my most powerful moments in the cathedral! said the biskop of Stavanger, Erling Pettersen afterwards.

This entry was posted in Ukategorisert. Bookmark the permalink.